Peer-to-peer (P2P) lending is one of the fastest growing sectors of the financial industry. In fact, a report published by Allied Market Research in 2017 estimated that the global peer-to-peer lending market would increase by almost 52% per year, reaching US $460 billion in value by 2022.

In case one strong projection wasn’t enough, another independent report by Adroit Market Research in 2019 found that the global P2P lending market was worth US $231 billion already in 2017, while it can potentially increase to nearly $700 billion by 2025 — right in line with the Allied Market Research report.

With the continued development of blockchain infrastructure and smart contracts, cryptocurrencies are sure to play a significant role in the P2P lending market going forward. There are already a few decentralized lending solutions out there, with plenty of room for others to join the competition in the years ahead.

But it’s not just going to be the big names like Bitcoin and Ethereum that are at the center of this sector’s expansion. A new project in the space, FinWhaleX, is developing a solution that enables people to use digital assets on Steam as collateral, too.

Steam is the largest platform in the world for digital distribution of PC games and video game assets. More than 10 million people use Steam every single day, and the platform had revenue of $4.3 billion in 2017. Needless to say, there are many people who have a significant amount of value stored in digital assets on Steam. For example, there are virtual environments, outfits, weapons, and other tradeable items in popular games such as CS:GO, DOTA 2, and Team Fortress 2 (TF2).

FinWhaleX is working on the finishing touches of integrating Steam into their P2P lending platform so that Steam users can put their virtual assets up as collateral to receive loans. Once completed, they’ll launch a beta testing phase to begin preparing the service for mainstream use.

For an idea of how it will work, let’s imagine that a Steam user, John, is low on cash and needs to get a loan. Centralized loan services tend to be expensive and full of hassles, so John looks for something decentralized that won’t have as high of interest and can help him get the funds he needs immediately.

Thanks to his PC gaming hobby, John has about $700 worth of virtual assets on Steam. On FinWhaleX, John can simply use his Steam inventory as a collateral deposit to get a $350 loan from a creditor. After he pays back the loan plus the agreed upon amount of interest, John’s inventory is unlocked and returned. In the event John can’t pay back the loan on time, the platform automatically sells the assets on Steam and transfers the money to the creditor.

In this way, creditors face minimal risk in lending out their money, while borrowers can get fast and easy access to capital without needing to surrender to the hassles and high costs of traditional lending services. It’s an ideal solution for Steam’s 10+ million users, and one which can certainly help with the expansion of the P2P lending market and the decentralized finance movement as a whole.
To learn more about FinWhaleX, visit their website. 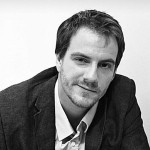